BE GOOD: HOW 1.8 MILLION HAND-PRESSED BRICKS BECAME A SYMBOL OF SOCIAL RESPONSIBILITY

Be Good is a series that looks behind the buzzwords of conservation and social responsibility, uncovering stories from travel projects that are not simply paying lip service to the growing importance of doing the right thing.

24,000 strands of fine orchid vine used to fashion traditional Balinese baskets by artisans from the island’s Tenganan village; 1,000 metres of fabric hand-woven over the course of several years; age-old techniques used in hand-carving wooden amenities from unpolished teak; cultivated indigo dye used to hand-dye fabrics in Ubud; 1.8 million hand-pressed bricks, coconut shell-fired after a process that can take up to three weeks. 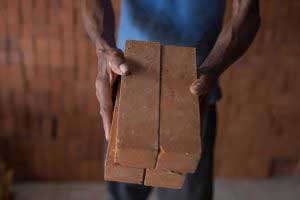 1.8 million bricks. 1.8 million meticulously hand-crafted bricks. Amid a myriad of labour-heavy initiatives that make up the local conscience of design-led Bali hotel Katamama, 1.8 million hand-pressed bricks stand out. Significantly. Traditionally used for building Hindu temples around the island, the industry of an entire village (it is common here that individual villages specialise in a different craft) was on shaky ground before entrepreneur Ronald Akili and architect Andra Matin discovered its fastidious craftsmen; a commission that is almost too titanic to comprehend later, and the village and its ancient industry is in good health.

Demonstrating the intense craftsmanship that remains to this day in Indonesia, the process behind these artisan-sculpted bricks is fascinatingly involved. From sieving paras (a locally-sourced fine stone powder) to extricate any lumps, to the addition of soil and placing into a moulding machine that can produce up to 600 bricks per day (remember, 1.8 million); hand-finishing for uniformity and coating in palm oil, the bricks are then air-dried inside for up to four days.

Days after the first bricks were moulded, they’re taken outside for a second round of air-drying that can take three weeks during wet season; a wood- and coconut shell-fired kiln lends the bricks their distinctive colouring, and after a day of cooling they’re ready to use. 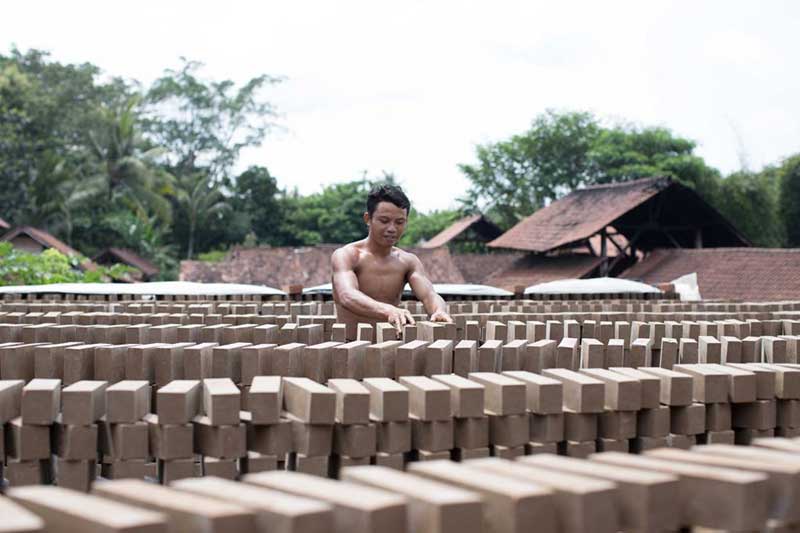 Some process for an order of such scale, but it’s a fine affirmation of a project that has craft, culture, conservation, and consciousness at its heart. Deeply rooted in locality and tradition, Katamama (‘mama says’ in Bahasa Indonesia) is a hotel that goes so much further than playing press release bingo with buzzwords like authenticity and eco-centric: it is a hotel that transformed the fortunes of an entire village thanks to the bold vision of its founders and revered architect.

Roping in more than half of the village, and spending four years labouring over a product ingrained in their heritage, the 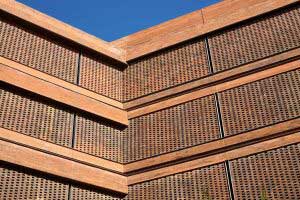 artisans behind the bricks are literally celebrated by Andra Matin’s captivating ode to midcentury architecture and its iconic names, who the Indonesian admires for their restrained use of materials. 1.8 million bricks might not be restrained, but the aesthetic he has conjured with them surely is: a splendid surge of dusty hues and tense lines that nod to the brutalist aesthetic – Katamama’s design-driven fusion of tradition and modernity manifested in dramatic style.

What is truly humbling about Katamama’s gargantuan order of sacred bricks, though, is that it is truly meaningful. This is not material done on the cheap, and in their domination of the hotel’s undaunted appearance, Matin is waving a gigantic flag for doing the right thing – their presence and the story behind it is inescapable; where other hotels go to verbose lengths to alert us to their neighbourhood approach and preservation of crafts, Katamama silently screams it in the faces of anyone who looks in their direction. 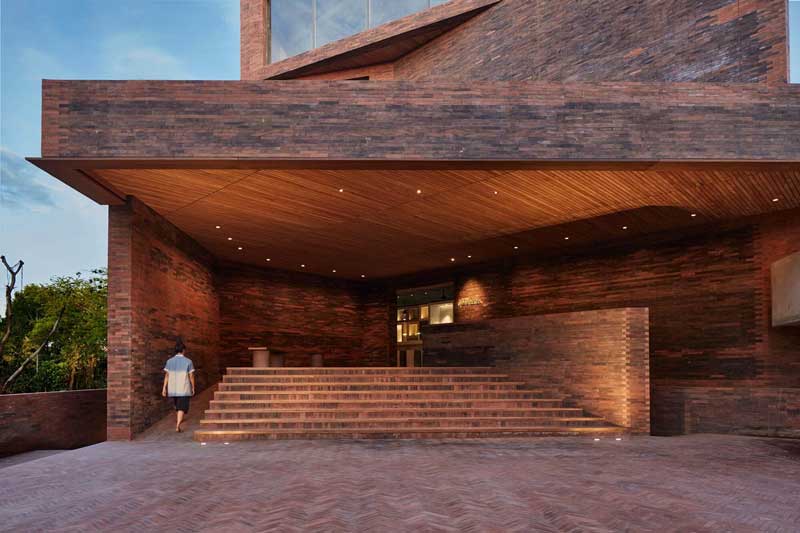 For a hotel so entrenched in genuine conservation efforts, what Andra Matin has done with those bricks is signal a bold intent that is carried out through each and every corner of the project. One-off table runners and enchanting wall art have been given their distinctive palettes by an indigo dye workshop in a village on the outskirts of Ubud, where husband-and-wife artisans use traditional, sustainable colouring and stamping techniques. 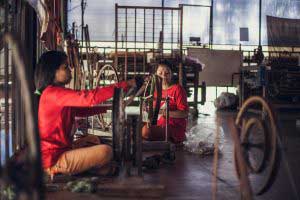 Villagers from Blahbatuh have hand-woven textiles that are lent soft-hues by craftspeople from Tarum, a natural dye workshop in Ubud; sustainable Indonesian wood can be found throughout; and a beach-ready backpack has been hand-made by weavers of the Dayak tribe from one of the oldest Kalimantan villages. Workshops run by local artisans and tours to these villages make up some of the hotel’s extensive cultural programming.

Katamama’s marketing efforts are not to boast a faceless commitment to culture and traditions, but to hold these artisans up and honour them with the exposure they deserve. Thanks to this project, a whole generation may now carry on traditions that were close to extinction. This, my friends, is the true face of conservation.

JAMES DAVIDSON
James Davidson is a contributing writer for THE SHIFT and editor-in-chief of We Heart, an online design and lifestyle magazine that he founded in 2009 as a personal blog and now receives over half a million monthly views.