‘Bleisure’: always an awkward portmanteau, and one that feels increasingly unwieldy and old-fashioned in a culture where the lines between work and play are so blurred, we no longer require a boardroom buzzword to describe them. For better or worse, this is the way we live now: constantly connected, constantly switched on, and constantly looking for the next opportunity to expand our social and cultural capital.

The traditional office appears to be in decline, with freelance and flexible working patterns, nomadic technology and the omnipresence of affordable WiFi liberating workers from their cubicles. Similarly, the ability of business centres and their modern counterpart, the ‘co-working space’, to satisfy our cravings for connection and inspiration is being questioned. 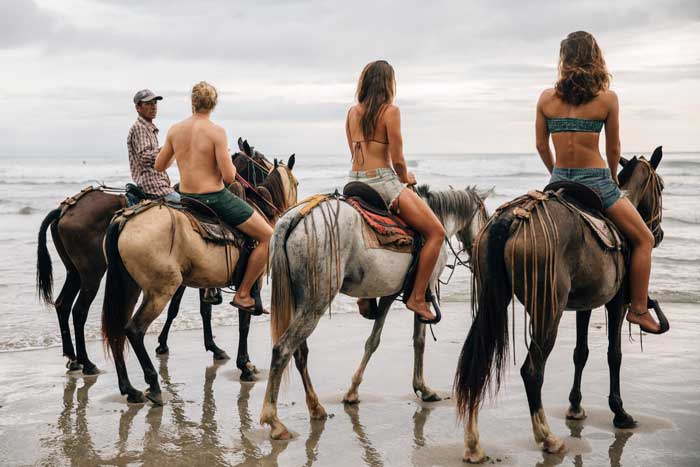 Despite the unstoppable rise of co-working and co-living companies with zippy, cult-like names (see: WeWork, ideaPod, StayAwhile, OpenDoor), all declaring their mission to bring together people and ideas, more often than not these spaces are eerily reminiscent of the offices we’re trying to escape (albeit with better coffee and more Edison lightbulbs). As writer James Davidson remarked in a recent article on the topic for THE SHIFT online, “Are we in danger of the ‘business centre’ simply being rebranded ‘co-working space’?”

Hotels have been admirably quick to respond to the change in market demand for more casual lifestyle ‘hubs’ to work from: just think of the open lobby concept that has dominated hotel design in recent years. However, these spaces are hardly the utopian hotbed for creative exchange they purport to be – yes, the lobby of the Ace might be packed with trendy young things beavering away at the next big industry ‘disruptor’, but how many of them are interacting with each other as opposed to tapping away at their laptop, headphones on and coffee refill in hand? As Sam Gelin, the founder of New York’s MADE Hotels, asserts, “When you’re stuck behind your laptop, you lose that element of social interactivity” – it’s no coincidence that members’ club giant Soho House is reportedly considering banning laptops from certain areas of its properties. 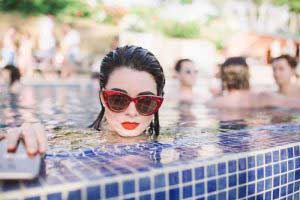 Crucially, it’s this longing for community that unites modern workers and travellers. Contrary to the much-lauded ability of the internet to transcend boundaries and start conversations, online culture can also have the opposite effect, segregating people into impenetrable social networks and notorious ‘filter bubbles’ of similar, rather than contrasting, ideas. When we travel, whether for work, play, or both, we want the refreshing shock of new horizons, conflicting characters, and previously unheard-of beliefs. We want to be elevated, connected, inspired and taught – and this is something that a well-lit communal table and charging station simply cannot achieve.

Travel brands and beyond are looking to tech pioneers and start-up superstars to solve this tension, with the sharing economy emerging as a potential antidote to the shortcomings of online culture. In the same way that many of today’s most disruptive models have redefined the meaning of ownership when it comes to tangible assets like cars or apartments, the latest sharing economy mavericks are building platforms to share intangible assets such as ideas and insight. Enter the new generation of ‘thinking festivals’, or ‘un-conferences’: exclusive, curated and frequently invite-only events where the emphasis is as much on what you put in as what you get out. 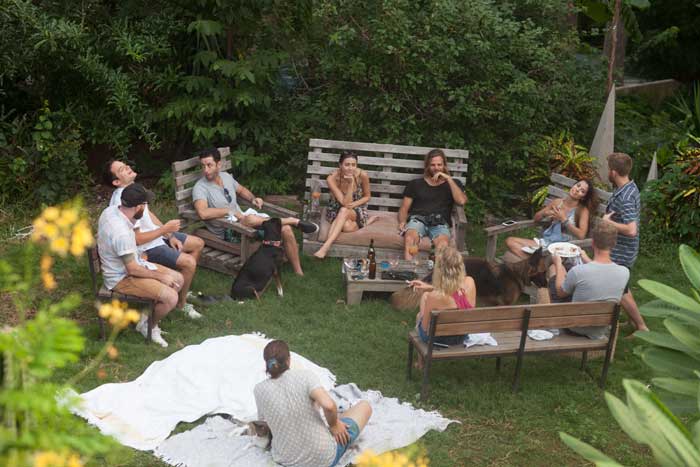 From Summit to Stream, Google Camp to Founders Forum: these festivals offer discerning luxury-seekers experiences that can’t be bought, only earned: your personal currency, defined by the way you think, is what gets you there. Founders, activists, philosophers, artists and business leaders collide and swap insights in a free-form, unpredictable series of events ranging from cookouts to spin classes; kitesurfing to karaoke; debates to campfire chats. In a world where exclusivity and self-optimisation are the new hallmarks of luxury, these curated communities – where only the most inspiring and inspired mingle on yachts, up mountains or in the desert – are tapping into the desire to be more, rather than simply have more. Louise O’Riordan, VP Brand Partnerships & Events at membership-based private airline Surf Air, comments, “A whole different world opened up for me when I started going [to Summit]. They are masters of curating a great community, and also using those get-togethers to promote social change and get things achieved.”

Increasingly, these communities are becoming harder to access, aping the underground, secretive vibe of 90s rave scene; as Tiffanie Darke, the author of the book Now We Are Forty, Whatever Happened To Generation X? explains, “It’s no coincidence that many of today’s tech titans and captains of industry hail from Generation X – the generation that graduated in the early days of rave, a world before digital, when secret gatherings in fields and warehouses took place entirely illegally and away from the gaze of the police and the public.” Speaking to the trend for pop-up, ephemeral experiences, the appeal of over-exposed events like TED or Burning Man is waning in favour of under-the-radar, offline gatherings, where streaming the experience on social media is seen as somewhat distasteful. Examples include Voices, a cross-pollination of fashion and global issues hosted by Imran Amed of The Business of Fashion at Soho Farmhouse; MaiTai, venture capitalist Bill Tai’s kitesurfing festival for 100 attendees, where Twitter was allegedly kick-started; or Google Camp, the invite-only gathering where attendees as diverse as Pharrell Williams and Malala Yousafzai chased the Sicilian sunset last year.

So why should travel brands care about these esoteric events? In short, because they are channelling several of the trends defining the way we travel today. Connected communities, peer-to-peer learning, immersive experiences, exclusivity, group holidays, personal growth: together, these movements define what luxury means to the contemporary traveller, particularly in relation to the merging of business and pleasure. In their increasingly multidimensional role as curator, life guru, activist and matchmaker, travel brands have an unprecedented opportunity to leverage their curated communities, transform their spaces and enable their guests to become the best they can be.

Moreover, the boundary between travel experience and un-conference is becoming increasingly hard to define. Summit, the godfather of the ‘un-conference’ movement, acquired its own ski village, Powder Mountain, in 2013: “a year-round destination for an ongoing program of events and activities – a home to the emergent culture of creativity and collaboration exemplified by the Summit community.” The founders of Habitas, a “global cultural community” with an annual event dedicated to adventure, wellness and more, have this year set up a permanent home in Tulum, with purpose-built accommodation they describe as “a wilderness tamed and moulded for our community.” 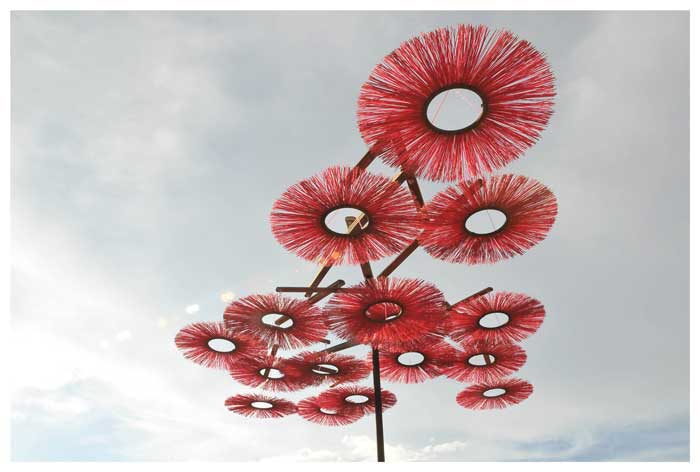 Over in Nicaragua, Maderas Village’s cultivated community of “movers and shakers, creative professionals, students, travellers, business savants, entrepreneurs, and everyone else in between” acts as a beachy retreat for urban workers – “a jungle Summit” (New York Times) or “hipster think tank” (Condé Nast Traveler). Meanwhile, travel brands both urban and rural are engineering their own culturally-minded festivals – see Chao Clubhouse, a members-only social club and hotel in Beijing that hosts regular ‘Masters’ Forums’ on topics as diverse as the future of homes or the meaning of the quality of life; or El Cosmico’s Trans-Pecos Festival of Music + Love, a hippie-inspired gathering in the Texan desert run by Bunkhouse Hotels.

Whether you’re a city slicker looking to engage urban professionals beyond just giving them a space to rest their laptop or a rural retreat with acres going to waste, the lesson is clear: bleisure as we know it may be over, but the opportunity to inspire real personal and business growth is just beginning.

Olivia Squire is a freelance travel writer and Editor of SUITCASE Magazine. She loves old buildings, new books, strong drinks and bright lipstick, and is on the constant lookout for hotels that combine all four.