FIND A SENSE OF PLACE WITH THESE MINDFUL HOTEL DESIGNS

At its best, mindful design weaves together carefully considered architectural reference points, traditional materials and local artisans to tell the story not just of the hotel itself, but of its location, too. Here, we round up four hideaways that do just that.

Set at an altitude of 2,700 metres on the slopes of an extinct volcano, this camp features eight canvas-domed tents inspired by the round shape of the traditional Maasai bomas that dot the surrounding landscape. “We were committed to creating a space influenced by the local area and the communities that live here”, says Caline Williams Wynn of South Africa-based design studio Artichoke. “The revered Maasai, who have called this part of the continent home for centuries, strongly influenced the design.” She cites the Maasai tartan, photographs of the Maasai people by Graham Springer, traditional jewellery made by women’s cooperative Sidai, and African cow skins as examples. 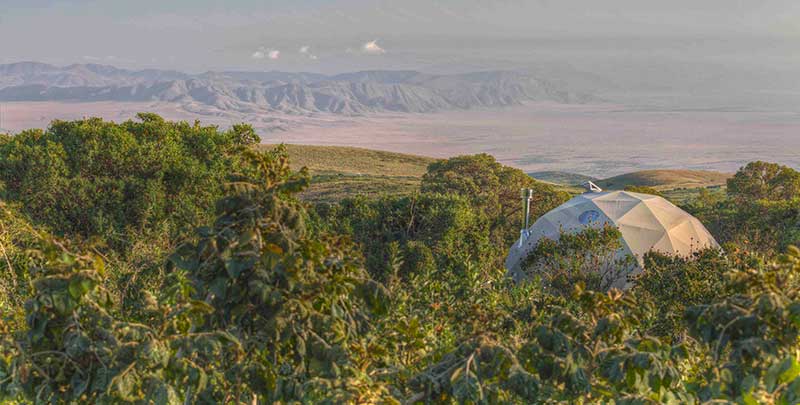 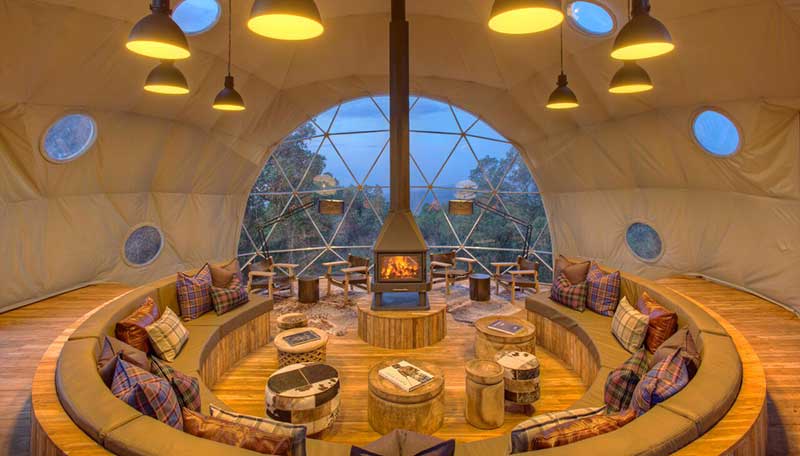 What’s the point of going to Cambodia to stay in a hotel that cuts you off from the real spirit of the country? That was the question Arnaud Zannier, founder of Zannier Hotels, who worked closely with French architecture and interiors firm AW2 in creating the resort, asked himself when coming up with the concept for Phum Baitang. Lush gardens and paddy fields are the backdrop for the 45 stilted wooden villas with thatched roofs, arranged in clusters to resemble a typical Khymer village. There are traditional wooden shutters and window panels, hand-carved headboards and antiques picked up from local markets. The essence of place continues in the public spaces, too: the cocktail lounge is housed in a century-old Cambodian farmhouse and the spa references the architecture of temples of Angkor Wat. 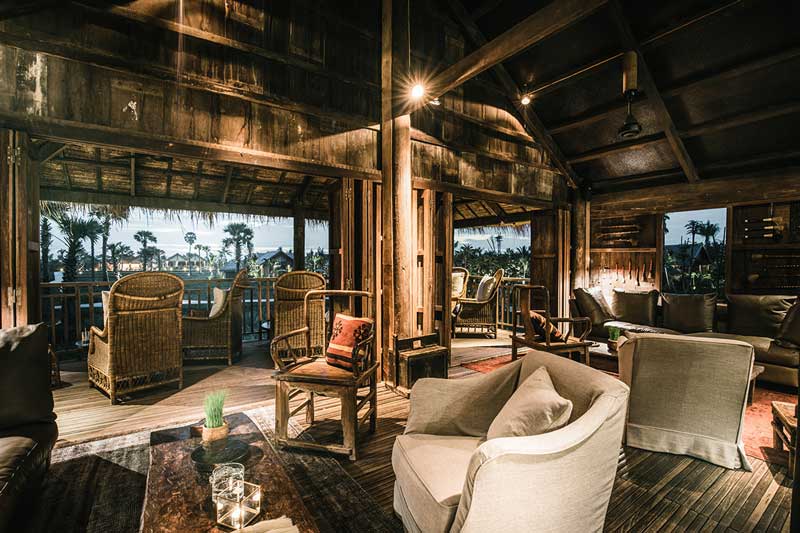 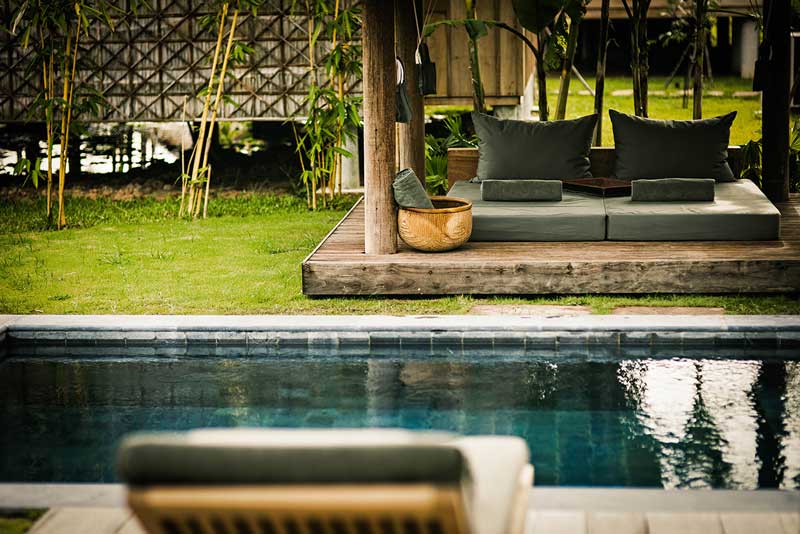 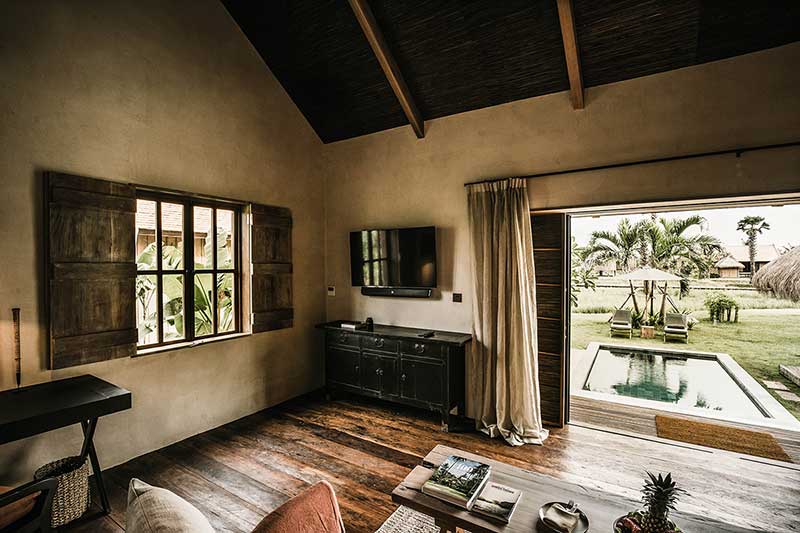 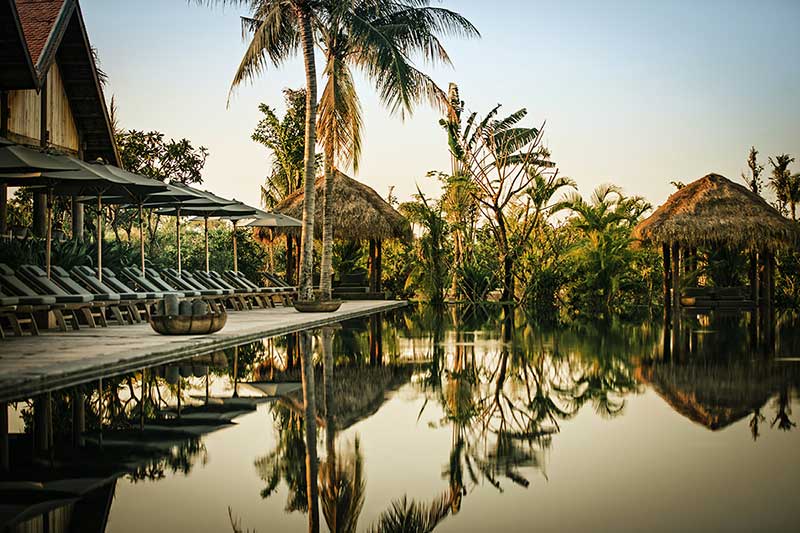 Two years ago, this resort on the Indonesian island of Sumba added three new residences to its existing villa offering. Designed by German architect Walter Wagner, with interiors by Susan Colley and Marco Scarani, the top pick is Raja Mendaka, comprised of a master villa and three smaller villas that each reflect a traditional Sumbanese house and feature Sulawesi marble inlayed with teak. “Our vision for Nihiwatu was to ensure guests combine the ultimate in luxury with the opportunity to immerse themselves in the island’s magnificently preserved ancient culture”, says managing partner James McBride. “Staying in traditionally styled villas complements popular guest excursions to the local villages.” The other, equally mindfully designed residences are the Mamole tree-house and three-bedroom Puncak: think locally sourced materials, carvings, antiques and Ikat prints. 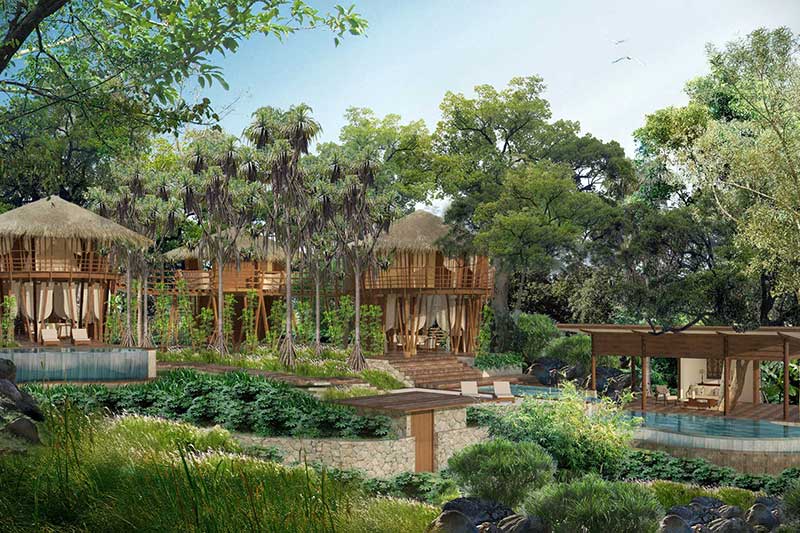 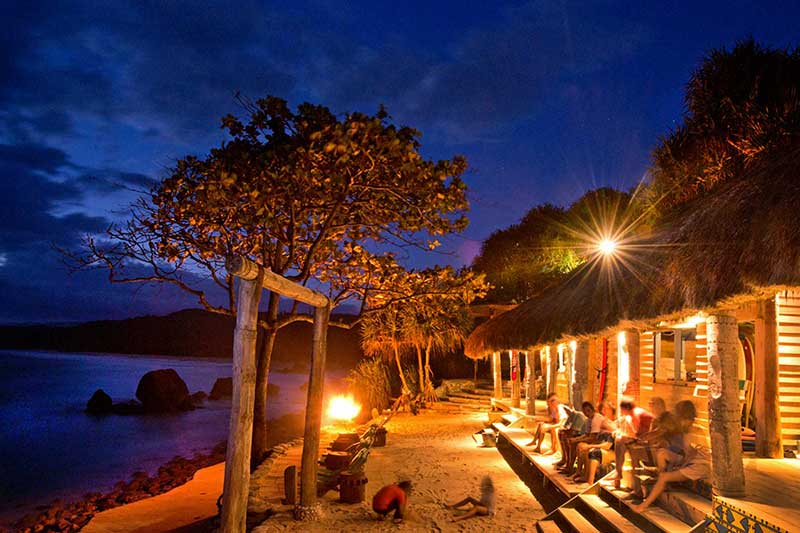 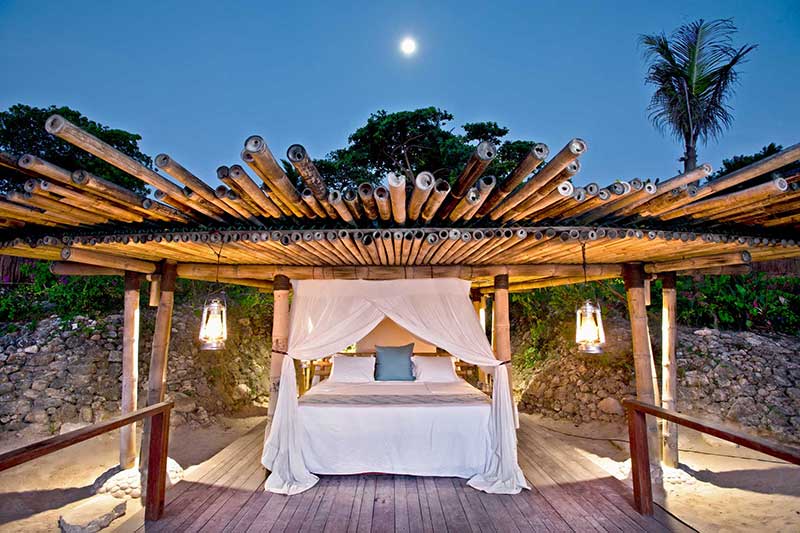 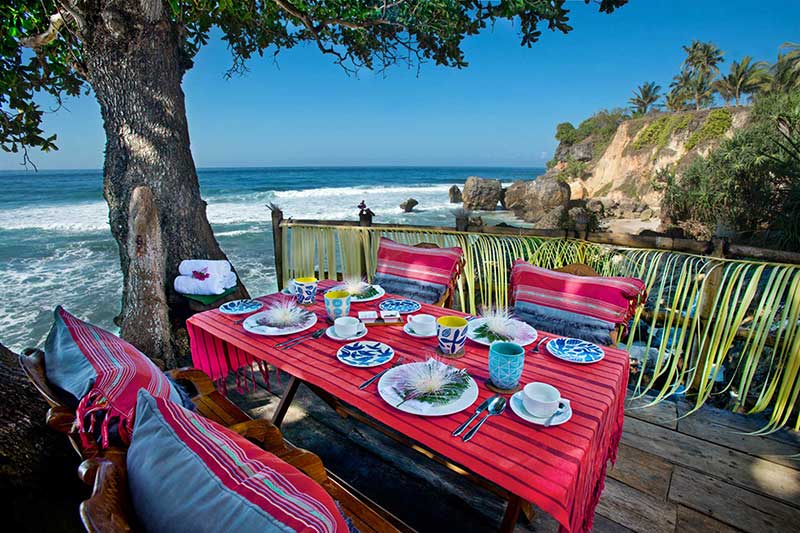 “Architecture has the power and the duty to carry and convey the character of a particular time and place”, once said Newfoundland-born architect Todd Saunders, who is behind one of the most talked-about hotels of the last few years. He combined traditional approaches (including the tendency for settlers to create temporary buildings on stilt wood legs) with a contemporary aesthetic at Fogo Island Inn; whilst inside, the furniture and textiles were custom-designed by a series of international designers, who travelled to the island and collaborated with local craftsmen. “These handmade objects carry the care, craft and culture of the makers, the vision of the designers and the dreams and stories of an island”, says founder Zita Cobb. 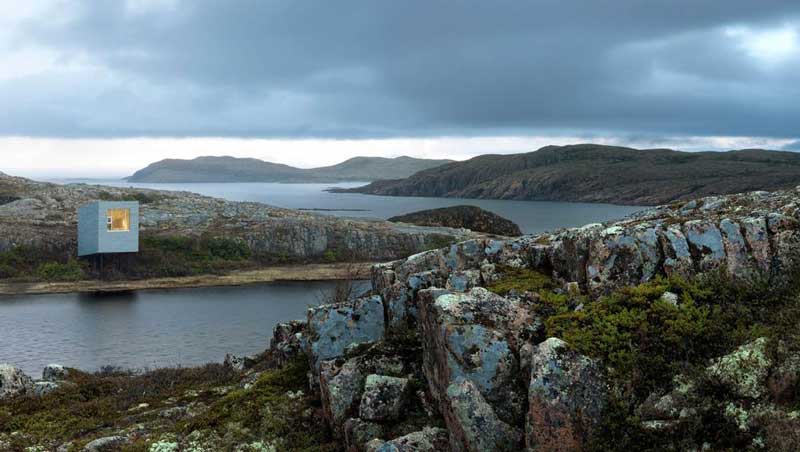 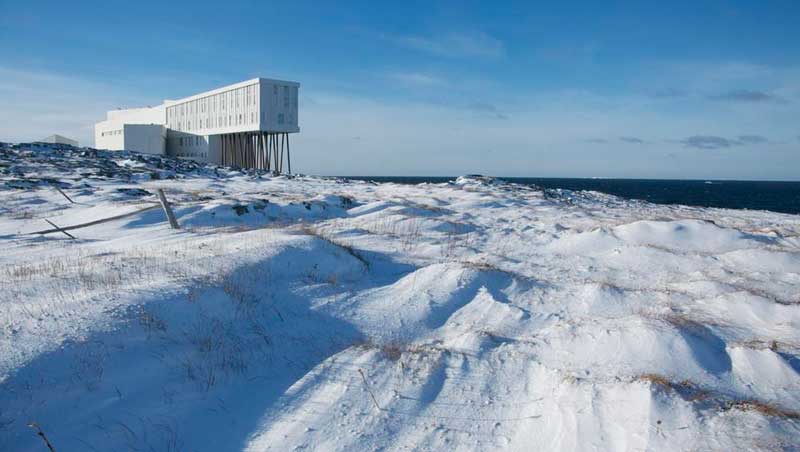 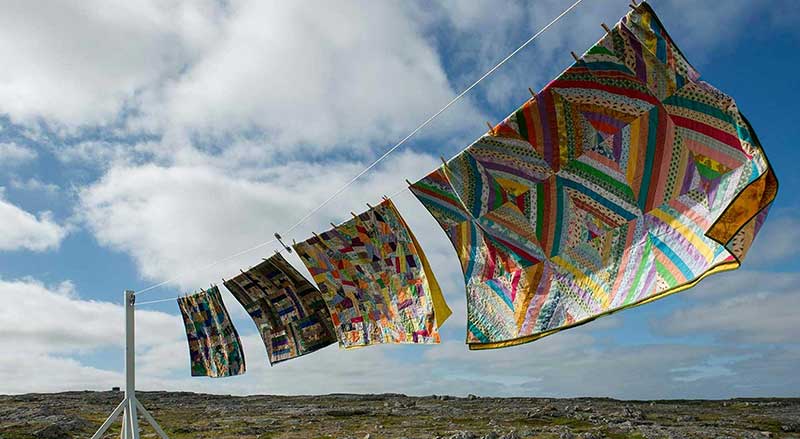 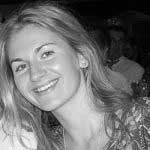 London-based freelance journalist Emma Love specialises in writing about interiors, design and travel for titles such as Elle Decoration and Condé Nast Traveller, where she is a contributing editor. She also writes for publications such as the Financial Times and the Guardian.