With famous properties like Delaire Graff Estate in South Africa, Claridge’s and The Berkeley in London under their belt, David Collins has quite the portfolio in the ultra-luxury field. Despite being seen in the bars and restaurants of Hong Kong, Japan and the designed residences of Thailand, so far David Collins’ work in Asia hasn’t touched the hotel scene. So what has led David Collins to take on this hotel project in Seoul? 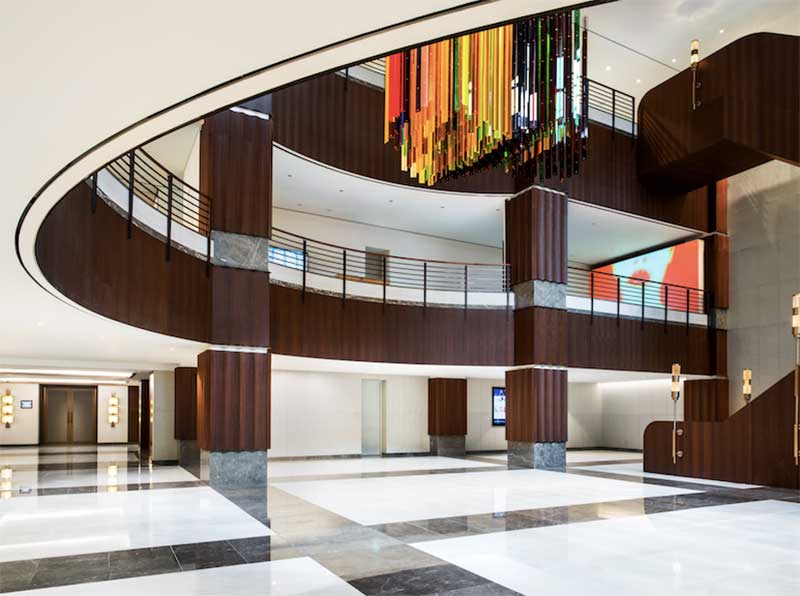 There’s no doubt that, in such an unpromising economic climate, mid- to upper-scale brands such as Le Méridien Seoul might be better off by trying to reach a bigger target market. This year, two celebrity hoteliers, Ian Schrager and Adrian Zecha, widened their net by launching their affordable brands, PUBLIC and Azerai. As put by Schrager, welcome to the era of “luxury for all”. Moreover, the Chinese middle-class of today much prefer to spend more on gaining experiences, rather than on buying luxury items. This has resulted in the rise of expenses on international travel – and Seoul is one of the top five overseas destinations for Chinese travellers. 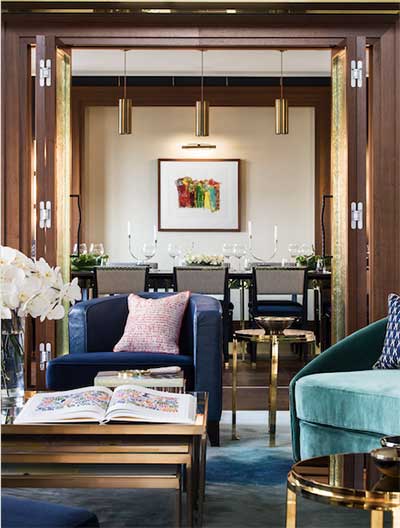 Stepping inside Le Méridien Seoul, you can find elements characteristic of David Collin’s other projects: the antique-style wooden floor and the velvet, blue-leather chairs emanate his mid-century European style, but in a more contemporary and simplified way. Meanwhile, the bathrooms with textile walls and mirrors framed with brass resembles those in another David Collins project, Callas House in Budapest. 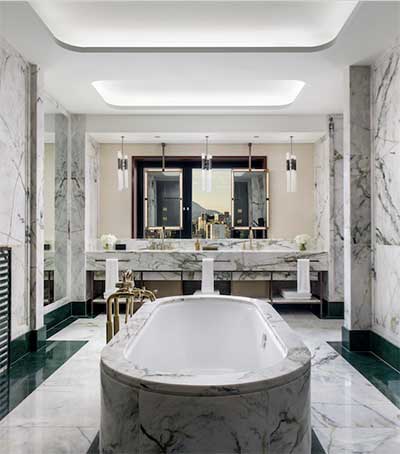 Compared with other international hotels in Seoul such as Four Seasons Seoul and Park Hyatt Seoul, which keep to a simple and modern style, Le Méridien has managed to set its own unique tone. 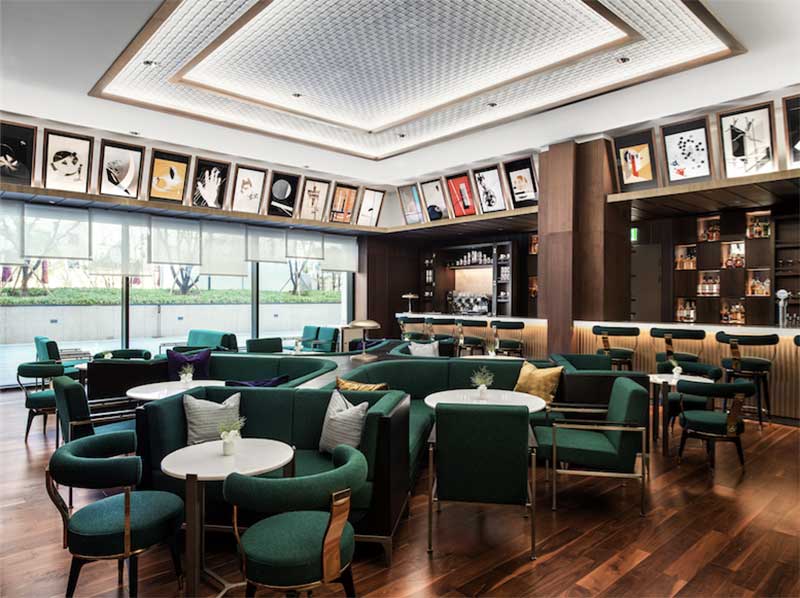 However, design is not the only eye-catching point: what really distinguishes Le Méridien is its commitment to art. M Contemporary is an independent museum devoted to contemporary art in Seoul that’s connected with the hotel. Guests can use their room-key to visit the museum free of charge; but even if they don’t find the time to go, they’ll find over 200 art pieces at the hotel, including sculptures, drawings, installations and videos. Some pieces are created specifically for the hotel.

As Martjin Sax, the hotel’s General Manager, said: “art is the theme of Le Méridien Seoul. By focusing on art, Le Méridien aims to bring more international and diverse art into Seoul.”

Staying international and diverse might be the way to stabilise the market in Seoul. For the past few years, international brands, especially lifestyle brands, have suffered. Although W Seoul, the first W in Asia that opened its doors in 2004, was quite successful in its first 10 years (due mostly to the deep influence of American pop culture on Seoul’s dynamic clubbing culture), W backed out of Seoul at the end of last year. Even Le Méridien Seoul was renovated from the remains of what once was The Ritz Carlton Seoul. The truth is that you can barely find any international lifestyle hotel brands in modern-day Seoul. As previously mentioned, local hotel brands in Seoul, after exposure to American and European culture, have managed to come into their own by localising what they’ve learned in order to develop their own lifestyle and pop culture (K-POP is very popular around the globe). 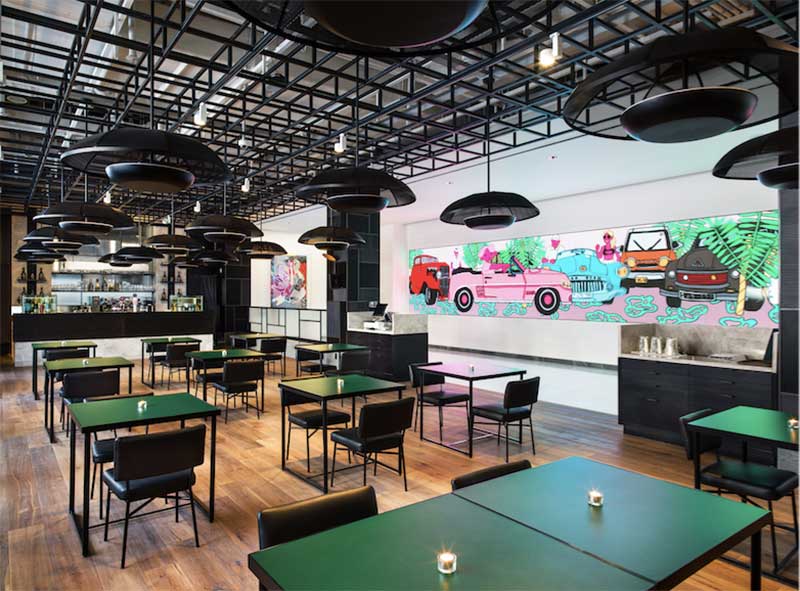 For Le Méridien, curating its own, unique lifestyle and catering to the local market will be the biggest challenge. Let’s hope this hotel’s got ‘Seoul’.

[All images are courtesy of Le Méridien Seoul.]